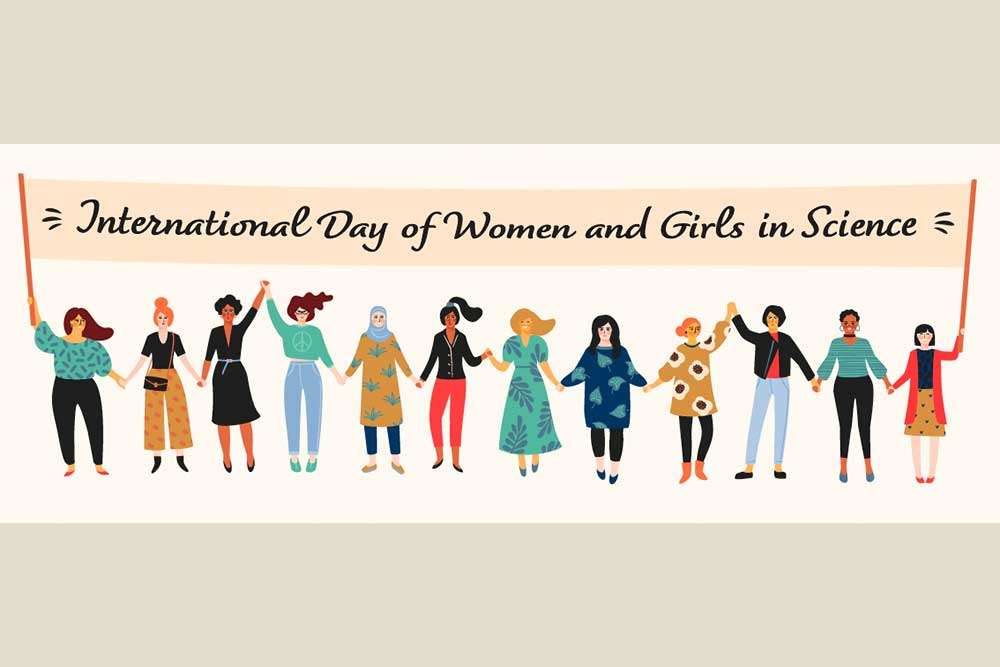 On Thursday 11th February 2021, the National School of Healthcare Science will recognise the critical role women and girls play in science and technology as part of the International Day of Women and Girls in Science. This year we would like to highlight the career of Dr Elaine Cloutman-Green.

Elaine became a Clinical Scientist trainee in microbiology as part of the graduate training programme in 2004. However, she did not start out a microbiologist. Her first degree was a BSc in Zoology at Liverpool University. It was during this degree she decided that, although she knew she loved science, she wanted to find a way to work in science that had a more immediate impact, rather than being a pure academic.

Driven to find a way to follow her passion to undertake applied science Elaine then started an MRes in Biophysics at Liverpool University. During this she undertook her first applied research project on using nano particulates to try and prevent infection in catheterised spinal injury patients. This project changed her career path as she now knew there were jobs available that meant she could apply her love of science for the benefit of patients.

As part of her Clinical Scientist training Elaine undertook an MSc in Clinical Microbiology at Queen Mary’s Medical School. This helped her to study for and pass the Royal College of Pathologists part 1 exam in Medical Microbiology. It also gave her another opportunity to undertake research. During this time she also started to step outside of the lab and attend clinics and speak to patients and their families. At the end of this period Elaine chose to specialise in Infection Prevention and Control in order to maintain these close links to clinical provision.

In 2009 at the end of her training she decided that she wished to build upon the research experience she had and apply to the National Institute of Health Research (NIHR) for PhD funding. She was successful and in 2010 started on the Chief Scientific Officers’ Doctoral Fellowship focussing on Prevention of Gram Negative bacterial infections. During this funded 5-year programme she also undertook a

PGCert in Teaching and Learning in Post Graduate Education. Elaine felt this was crucial as education and the need to both undertake it and deliver it are embedded within the Healthcare Scientist profession. It was important to get to grips with how educational theory could be used to improve training provision and improve the quality of the training programme.

In 2015, just after passing her PhD Elaine passed Royal College of Pathologist examinations to attain Fellowship of the college in Medical Microbiology. She also successfully applied for Clinical Lectureship funding on the new NIHR Integrated Clinical Academic programme to continue the work undertaken as part of her PhD. From 2016 – 2019 Elaine worked as a clinical academic as part of the Fellowship programme and was able to undertake a sabbatical at Boston Children’s Hospital as well as attaining her first million pound grant from the Engineering and Physical Sciences Research Council.

During this time she also became involved with trying to improve the visibility of the Healthcare Scientist workforce, both at Great Ormond Street Hospital and nationally. As part of this she stepped up to become Joint Trust Lead Healthcare Scientist as well as sitting on national training groups, like the OSFA examination group. Elaine also became heavily involved with public engagement and work experience programmes to raise awareness of the profession with the general public. Winning a number of national prizes for this work and producing content such as plays with playwright Nicola Baldwin.

In 2020 Elaine became the first microbiologist to pass Higher Specialist Scientific Training equivalence with the Academy of Healthcare Science and the first microbiologist to be on their HSS register. She did this to show the importance of this programme to provide credibility to Healthcare Scientists wishing to undertake Consultant roles. She also continued her clinical academic career attaining over £20 million in research funding, including funding from the Bill and Melinda Gates Foundation. She also became a Healthcare Scientist training advocate for the NIHR and the Diagnostic Lead for the NIHR Infection CRN.

In 2021 Elaine was awarded a British Empire Medal as part of the New Year’s Honours list for services to Healthcare.

Elaine said: “It’s crucial to encourage women and girls to undertake careers in healthcare and science in particular. Women are underrepresented in this field and it means we miss out on the invaluable contribution that women can make, both in bringing lived experience and providing a different lens to the challenges we face.

Until women see themselves represented in these jobs science will continued to be seen as ‘other’, something for other people, something for other genders and backgrounds. Whilst this happens, we continue to miss out on the amazing things these women could achieve if only given the chance.