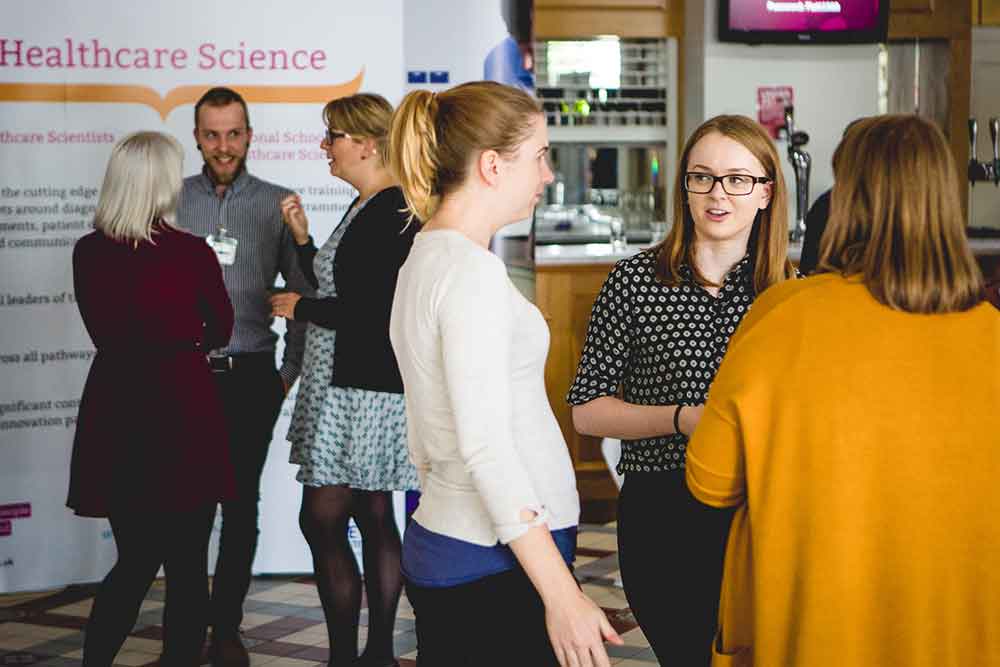 Our event in September was predominantly to welcome the new STP trainees and introduce them to other trainees within the Wessex region. The meeting started off with an informal “meet and greet” Q&A session. Trainees from similar pathways met in small groups so that first year trainees could ask second/third year trainees any questions about the STP. The networking opportunity continued during lunchtime.

The first session was run by Kelly Adams from the NIHR Clinical Research Network to demonstrate the support they can provide for STP trainees during their research projects.

We also had some really interesting and interactive research project talks from two trainees, Kelly Bicknell and Lydia Paniccia, who recently completed the STP. We had an introduction into leadership for STP trainees from Bethan Dancey, an Immunology trainee on the HSST with many useful resources and tips for the competency.

In the afternoon we had an interactive and thought provoking session on high performing teams, given by Julie Martin, the Education Lead for Pharmacy and Healthcare Science training at Southampton. Overall, the meeting was a success and feedback from attendees was very positive! Some trainees have shown an interest in being involved in the trainee network and our involvement of HSST trainees shows great promise.