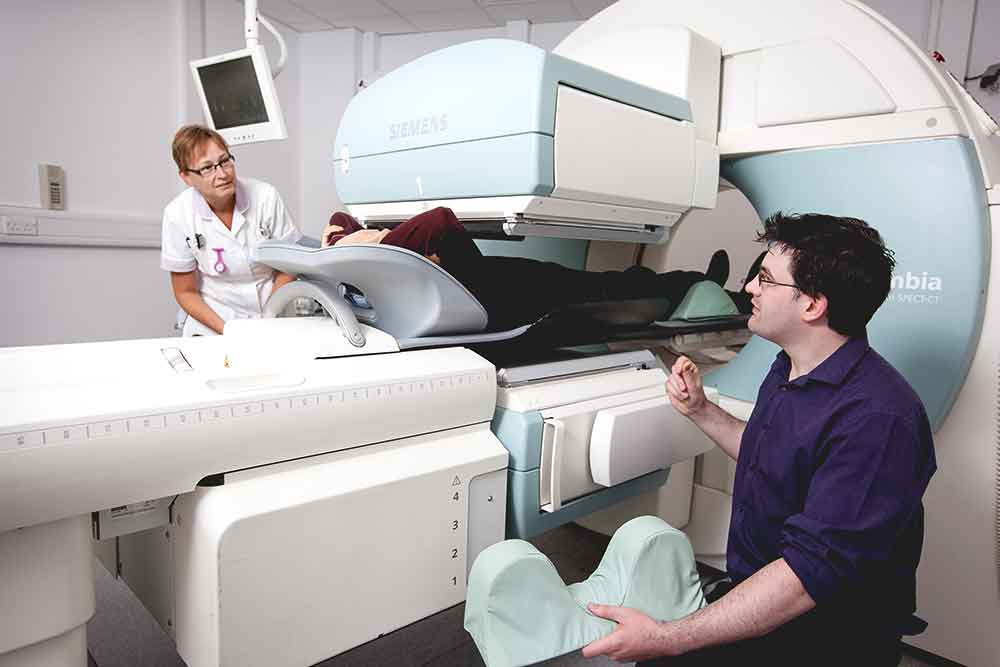 For my STP elective placement I wanted to do something that would come in use for the future. I’m currently a medical physics trainee, specialising in imaging with ionising radiation and liked the idea of spending my placement in a nuclear medicine department. After not having much success I was fortunate to receive some details of a contact in Sydney, Australia from a colleague. I quickly got in touch and was invited to spend six weeks in the nuclear medicine department of the Royal North Shore Hospital, at the beginning of 2016.

I expressed an interest in dosimetry and radionuclide therapy and was told they do a lot of work in this area. I was keen for my work to be of some benefit to the department as well as being interesting and educational for me. It was agreed that I would focus on looking at a type of radionuclide therapy that uses lutetium to treat neuroendocrine tumours. The treatment (Lutate) is known as peptide receptor radionuclide therapy and uses a peptide called dota-octreotate labelled with lutetium-177 – a primarily beta-emitting radioisotope. When injected into the patient, the octreotate quickly binds to the somastatin peptide receptors that are abundant on the surface of neuroendocrine tumour cells. This process delivers the radiation-emitting lutetium to the target where the dose is delivered. Lutetium-177 emits most of its radiation as beta particles – fast moving electrons. The range of these beta particles is around 2mm, meaning that the dose is delivered to the tumour while healthy surrounding tissue is spared.

The Royal North Shore Hospital does a lot of these treatments and performs dosimetry calculations for each. The current protocol is to administer 7.4GBq to all patients, irrespective of their size, weight and unique physiology. Clearly this isn’t perfect, and so the idea of personalised dosimetry is to try and gain a better understanding of the maximum dose that can be given to the tumour while also being tolerated by the rest of the body. The main clearance mechanism of Lutate is filtration by the kidneys and the dose they receive can be considerable. As the critical organ at risk, the department calculates the kidney dose received by each treatment to try and better understand how well the kidneys tolerate it. Unlike radiotherapy, calculating patient doses for radionuclide therapy has to be done post-treatment. The more information they accumulate, the more likely it is that future treatments could be tailored to the patient.

I followed patients progress through their treatment and helped to test some new software that processes images in order to quantify the kidney dose received during the treatment. This was a slow process that involved outlining each kidney on each slice of their CT exam. This had to be repeated for four sets of images for each treatment cycle, with a course of treatment having four cycles. So there were a lot of kidneys to outline for each patient! The work I did at the hospital was part of an ongoing project that a full time research physicist was going to continue to work on. I gained a lot from my time in Australia and met some great people at the hospital. I had never worked for a healthcare provider before that was mainly financed by insurance and I was surprised at the differences in care. They perform much more imaging there compared to a UK hospital but this could be in part due to the research into the Lutate treatment.

Finally my advice for any STP trainees, make sure that you don’t waste this excellent opportunity and get the most out of your elective placement, both in and outside of the workplace.