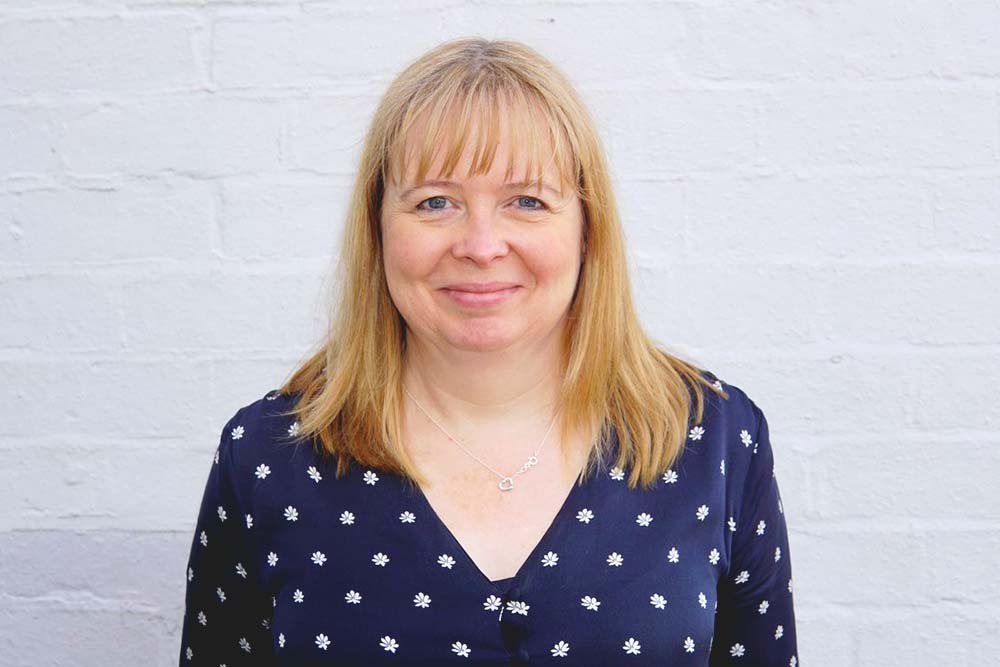 Jane is a Training Programme Director for the Scientist Training Programme. Her role is very varied and includes helping trainees with advice and support, recruitment, delivering the OSFAs and developing new stations, Train the Trainer events, visiting Trusts and Universities, presenting to both undergraduate and post graduate students to inspire the next generation of Healthcare scientists,  and the development of new programmes and courses in Healthcare Science. Jane’s background is in Cardiac Science –  a Clinical Scientist via the Equivalence process through the Academy of Healthcare Science, and prior to working for the National School of Healthcare Science Jane was Lead Physiologist for TOE and Structural Heart Disease at Wythenshawe Hospital in Manchester. Alongside her role as TPD Jane still has a Clinical day per week performing and reporting transthoracic Echoes.

Jane’s undergraduate degree was taken in Sunderland – BSc (Hons) Combined studies in Science (Physiology with Biology) and this included a year spent working in the Pathology Department at North Tees General Hospital, where she rotated through a wide range of laboratories including Haematology, Biochemistry and Histology and where she learnt a great deal about Life Sciences and the workings of a busy department. One of her roles included taking samples of blood from patients, including newborns on the Special Care Baby Unit, which terrified her at the time but helped Jane realise how much she wanted to work closely with patients within Healthcare Science.

On graduation, Jane moved to London and trained in Respiratory and Sleep Science at the North Middlesex Hospital and the Royal Brompton Hospital before moving back to her home ground in Yorkshire with a post in the Cardiorespiratory Department at St James’s University Hospital in Leeds. Here Jane trained colleagues and developed a range of new Respiratory services, and became involved in Cardiac diagnostics. Jane was introduced to Echocardiography, with a Postgraduate Certificate in Medical Ultrasound at the University of Leeds, and then moved to the Northern General Hospital in Sheffield to work in Echo fulltime, achieving British Society of Echocardiography (BSE) Accreditation in Transthoracic Echocardiography. Jane was also involved in Stress echo and TOE, Audit and Research, particularly into prosthetic valve function during exercise.  She took a qualification in Teaching Adult Learners and an MSc in “Leading in Health and Social Care” at Sheffield Hallam University, with the opportunity to put the learning into practice with a number of service improvement projects.

Jane moved to Manchester in 2009 to work at Wythenshawe Hospital, a large Tertiary centre with specialties in Cardiac Transplantation and Structural Heart Disease, in a service development role. She trained in Transoesophageal Echocardiography and gained BSE TOE Accreditation in 2011, allowing her to provide echo guidance during TAVI procedures (Transcatheter Aortic valve Implantation), imaging the valve as it was implanted to guide positioning, detect complications and assess function, and presented at both the BSE annual meeting and the BCS (British Cardiovascular Society) on her experiences in this and development of the Physiologist led TOE service at Wythenshawe.

Being very enthusiastic about both Echo and training, Jane joined the BSE Accreditation Committee where she assessed logbooks and became involved in Supervisor training and Exam writing, setting the video section for a number of years and running the exam on numerous sittings. Jane was elected to BSE Council, and became Chair of the BSE Accreditation Committee in 2014, involved in developing the new Practical Assessment process, and overseeing the embedding of this process through continuous improvement based on feedback from both assessors and candidates. She volunteered for” Echo in Africa”,  a project screening children for the early signs of Rheumatic Heart Disease in Cape Town South Africa, which was a fascinating experience, and she returned to South Africa the next 2 year to deliver the BSE  written exams for both TOE and TTE. Other achievements as Chair of Accreditation include expanding the delivery of the written exams, allowing candidates to take it on individual computers at a centre of their choice anywhere in the UK/Eire and South Africa and developing a new BSE Accreditation process in Stress Echo, with the first candidates completing successfully in 2017. Following this she was Honorary Secretary to the BSE from 2017-2019. The experience gained through these voluntary roles is immense and together with her substantive posts has provided the skills Jane finds invaluable in her current role. Throughout her career Jane has worked with amazing people from a variety of backgrounds as part of Multidisciplinary teams, all working together to provide the best clinical care for patients. Jane recognises the challenges facing the NHS, including workforce shortages, and is really enthusiastic to play a part in recruiting and training Healthcare Scientists to ensure the unique qualities they provide are recognized and developed.