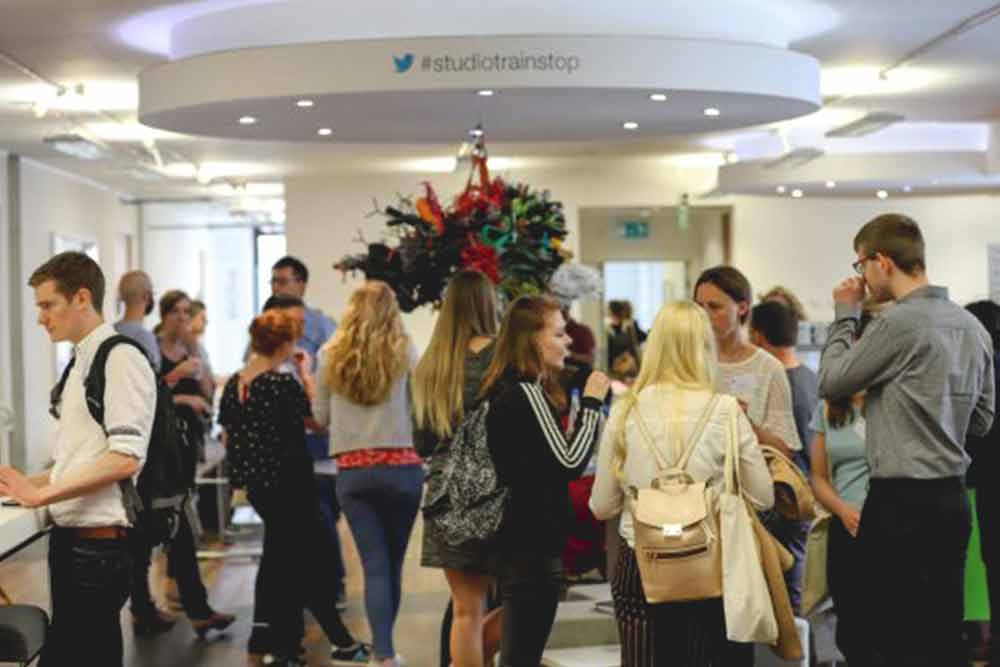 Cutting-edge research being undertaken by STP trainees was showcased at the fifth annual Research Day organised by the Manchester Academy of Healthcare Scientist Education (MAHSE), a partnership between the University of Manchester, Manchester Metropolitan University, the University of Salford and leading healthcare scientists from local trusts. The day featured presentations on a wide range of topics and was attended by over 200 STP trainees and delegates.

The day opened with a welcome from Carol Ainley, the newly-appointed Director of MAHSE and Lead for Medical and Life Science Development at MMU, which was followed by presentations from six STP trainees:

First up was Philip Davidson, a Bioinformatics trainee working in Genomics at Queen Mary’s Hospital in London, who spoke about VASA, a web-based tool he has co-developed which assists clinical scientists in scoring the pathogenicity of genetic variants. Given the vast majority of genetic variants that are being identified, VASA could save time and encourage collaboration by simplifying and standardising the process of categorising them and storing calculations, annotations and associated evidence in a shareable online repository. Variants can be scored multiple times, with all scores being available to users, and datasets can be used in training future geneticists in evaluating variants.

The second presentation was delivered by Rehana Ayub, a Blood Sciences trainee at St James’s University Hospital, who set-up an in-house testing service within her department and compared their current testing method with an alternative, novel platform. The focus of Rehana’s work was drugs which inhibit the body’s tumour necrosis factor (TNF), part of the inflammatory response which can cause the body to do damage to itself as part of a wide range of health conditions, including asthma and rheumatoid arthritis. Some patients develop antibodies that interfere with these drugs and therefore lessen their effects; it is therefore vital to measure drug levels in order to ensure treatments are effective for patients. Currently, this test is carried out by an external contractor which is both costly and time-consuming. Rehana established in-house testing for levels of infliximab, a widely-used anti-TNF drug, which will provide the Trust with considerable cost savings and ensure results are available far quicker. She also compared three kits that can be used to carry out the test as well as the novel Meso platform. The best kit was selected for use in-house and the novel platform showed promise, meaning future analysis is being planned.

The final presentation of the morning came from Angel Masih, a Reconstructive Science trainee at University Hospital Coventry, who compared six materials used following orthognathic surgery which is used to correct abnormalities affecting the jaw and face, such as overbites. These orthognathic wafer materials are vital to ensuring corrections made during surgery become permanent and even tiny discrepancies can affect this process and prolong post-surgical treatment. These wafers can be made from a number of materials which lead to Angel compare five acrylic resins, a type of material commonly used, and a material which is used in a 3D printer. She created 138 samples, 23 per material, which were each measured was pre-marked set points and compared. Angel found a significant difference between measurements of all six materials; whilst all materials became thicker and smaller in diameter, the 3D printed material showed the least dimensional discrepancies. Angel concluded that digitally-manufactured samples demonstrate superior accuracy over conventional acrylic resins currently used in treatments.

Rosanna Coates-Brown, a Genomic Bioinformatics trainee at St Mary’s Hospital in Manchester, then gave a presentation on her research into new methods of sequencing genomic data. Rosanna collated a dataset of 590 variants identified using the NextSeq platform, from which quality metrics that discriminate between confirmed and unconfirmed variants were detected. Two metrics in particular were found to show which variants had been previously confirmed as clinically significant and which had not. By setting the correct thresholds for these two metrics, Rosanna found that the vast majority of new genetic variants could avoid needing to go through additional confirmation analysis with the Sanger sequencing method. This could speed up the identification of new clinically significant variants, and therefore speed up improvements in patient care, whilst simultaneously reducing the cost burden of sequencing.

Andrew Causon, an Audiology trainee working at the Manchester Royal Infirmary, spoke about testing several methods for evaluating the potential effectiveness of treatment for auditory nerve hypoplasia, the incomplete development of the nerve linking the inner ear to the brain. Patients’ hearing can often be corrected with a cochlear implant, but this is only possible if the auditory nerve is sufficiently developed. Cochlear implant surgery is complex and invasive, necessitating a hole being drilled in the patients’ skull, and is also expensive, typically costing around £16,000 per patient. It is therefore important to establish whether treatment is a viable option by artificially stimulating the nerve and measuring a number of parameters such as the electrical charge needed to elicit a response. Andrew recruited 16 adult patients and tested three stimulation techniques to establish the best method. He found that the extracochlear electrode, currently the most commonly-used method, produced the most consistent results and has the added advantage of not requiring surgery as the other methods do.

Verity Fryer, a Genomic Bioinformatics trainee at the Royal Devon and Exeter Hospital, gave the final presentation of the STP trainees which focused on her evaluation of various computer-based tools used to predict the disease-causing potential of missense genetic variants. Currently, usage of computer tools to make these predictions is recommended by UK guidelines as supporting evidence in judgements about variants. Currently, it is most common for multiple individual algorithms to be used in the process. However, there has been some suggestions that it would be beneficial to instead use so-called ‘meta-predictors’ which combine multiple algorithms into a single tool but are not widely used. Verity took a dataset of 1,413 pathogenic and 4,790 benign variants which she used to compare three widely-used algorithms with three meta-predictors. She found that the meta-predictors demonstrated a greater sensitivity and specificity than the currently-used single algorithms. Their performance clearly outstripped that of older tools, even if those tools are used in combination, a practice which is discouraged for predicting pathogenicity in any case. Verity concluded that meta-predictors are likely to replace single algorithms in the future due to their superior performance.

A panel of judges listened intently In addition to the six trainees and gave prizes to the three presentations they deemed to be the strongest. They awarded third place to Angel Masih, second place to Verity Fryer and first place to Andrew Causon.

As well as these talks, another six trainees gave poster presentations throughout the day:

The day also featured an inspiring keynote speech from Dr Elaine Cloutman-Green, Principal Clinical Scientist in the Infection Prevention and Control department of Great Ormond Street Hospital, back by popular demand after a well-received speech at last year’s Research Day. Elaine spoke about her unorthodox career journey into healthcare science which included a bachelor’s degree in Zoology followed by an MRes in the Physics of Biological Interactions and an MSc in Clinical Microbiology. Elaine specialised in Infection Prevention and Control after completing her training eleven years ago and then undertook a PhD whilst on the National Institute of Health Research’s CSO Doctoral Fellowship programme. Her research lead to her being awarded an NIHR ICA Clinical Lectureship in order to continue her work.

Elaine’s principal message to trainees was to embrace opportunities that came their way and not to doubt their abilities, even at this early stage in their career. Elaine explained how almost every development in her career was unplanned and resulted from her saying ‘yes’ to a variety of opportunities; this journey has lead her to a job that she loves and gives her the opportunity to represent the healthcare science workforce on a national level. She recommended passion, purpose, principles as three core values that lead to a long, useful and satisfying scientific career. She argued that in order for the trainees to be the healthcare science leaders of tomorrow, they needed to acknowledge the so-called ‘imposter syndrome’, ignore it and remind themselves of what they have already achieved.

Overall, the day showcased some immensely talented STP trainees who are working on advanced clinical research in addition to the academic and workplace demands of the programme. The keynote speech from Dr Cloutman-Green will have given the dozens of attendees food for thought as they look ahead to their future careers in healthcare science. We were tweeting along at the event and you can view our Twitter Moment here.